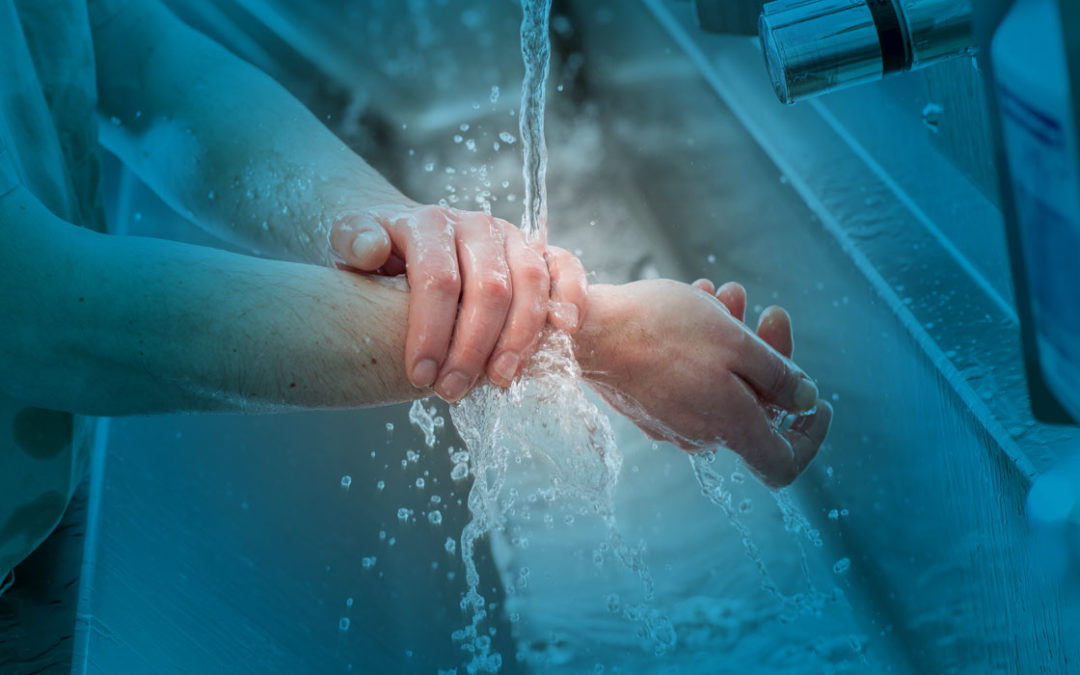 Under its Sustainable Practice Policy, the University of California Office of the President (UCOP) has set a goal to reduce growth-adjusted potable water consumption on all campuses and health locations by 20% by 2020 and 36% by 2025 (compared to a three-year average baseline of fiscal years 2005-2008).

In June 2018, WSS contracted with UC Davis Health through its Energy Manager to perform a campus water audit on 39 buildings and 142 acres. Results of the audit identified projects that would potentially reduce water usage by 24% with a combined ROI of less than 3 years.

First phase projects were met with infection control concerns, but after Patient Care Services learned how WSS’ Fixture Care™ program benefited UC Irvine Health, the project received their approval and support. WSS’ Fixture Care™ program, which is unique in the healthcare industry, helps hospitals to be proactive in reducing potential fixture biofilm and provides compliance documentation that hospitals can use to meet Centers for Medicare & Medicaid Service (CMS) requirements for water management policies.

In June 2019, WSS retrofitted 1,091 toilets and 2,652 faucet and showerhead fixtures. The entire project was completed in just over three weeks.

Building on the success of the completed retrofits, UC Davis Health plans to continue with retrofitting the hospital’s sterilizers and landscape irrigation systems.

A nationally renowned 625-bed facility, UC Davis Health is a leading referral center for the most seriously injured or ill patients and the most medically complex cases. It is ranked one of the nation’s best hospitals and one of California’s five best hospitals by U.S. News & World Report. 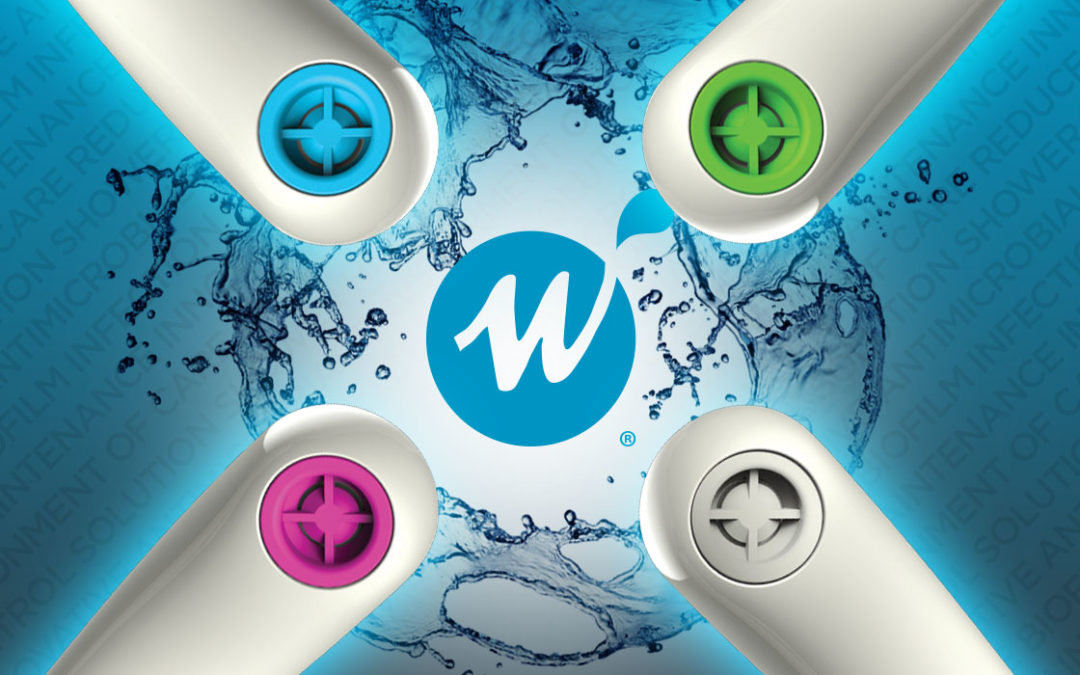 “Shower head maintenance is a service that our hospital clients have requested for many years,” says Charles Bragdon, President and founder of Water Saver Solutions. The Medi-Shower™ features Medi-Flush inserts that can be replaced quickly without removing the shower head, reducing costs. Color-coding provides visual confirmation of maintenance.

Medi-Shower™ is widely used in the U.K. and introduced in the U.S. only recently by Pall Medical. WSS is partnering with Pall Medical, a global leader in filtration, separation and purification systems and the exclusive U.S. distributor of Medi-Shower™, to sell the shower heads, which it also installs and maintains. “Thanks to our relationship with Pall Medical, we are now able to provide the Medi-Shower™ as well as ongoing shower head maintenance,” says Bragdon. “We’re excited about the possibilities Medi-Shower™ offers and look forward to expanding the services we deliver to help hospitals enhance their environment of care.”

WSS clients Prime Healthcare and Citrus Valley Health Partners are excited about the new shower heads and maintenance capability, too. They are the first U.S. healthcare facilities to take advantage of the new technology and WSS’ maintenance program.

As part of its faucet and shower head maintenance program, WSS creates a summary report that can be included in a hospital’s Legionella Water Management Plan, enhancing documentation of the hospital’s compliance with ASHRAE standard 188 as required by CMS guidelines. 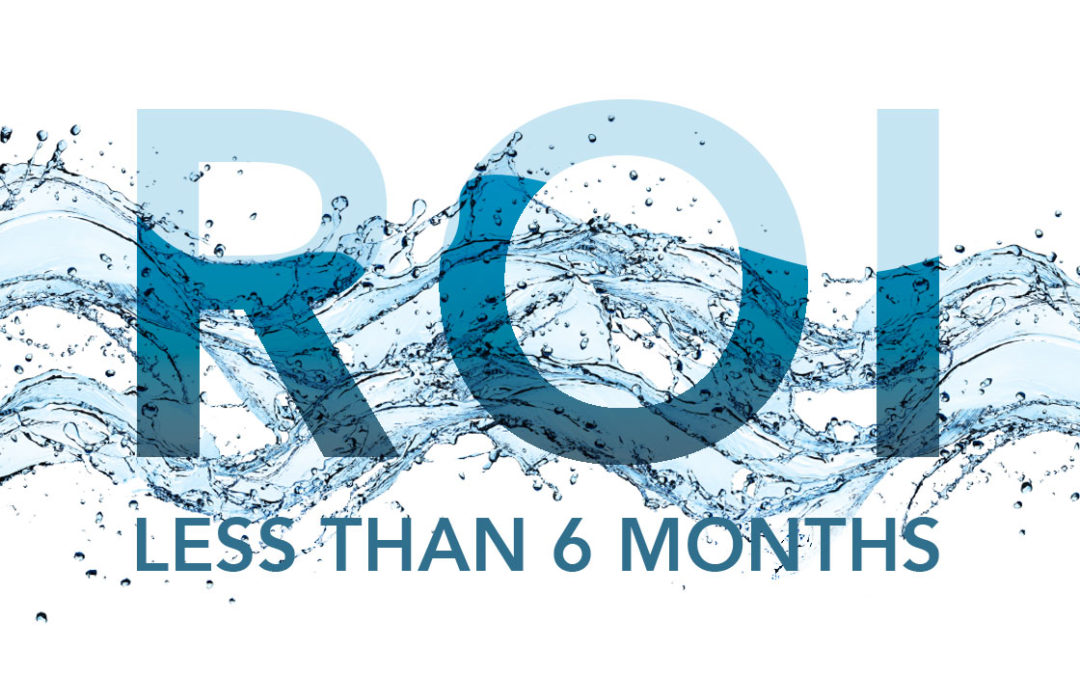 A small investment in water conservation solutions is paying off big for Saddleback Medical Center, a 252-bed hospital in the MemorialCare Health System. Thanks to water-saving retrofits recommended and implemented by Water Saver Solutions (WSS), Saddleback Medical Center’s average monthly water costs decreased by 32.6% and average monthly water use decreased by 37.4% over a nine-month period.

The savings were verified through measurement performed by an independent third-party company, Ecom-Energy, using its EnerVisor software.

WSS found and obtained utility company rebates that reduced the hospital’s costs for the retrofits by more than 61%. As a result, the project achieved ROI in less than six months. In the first nine months after project completion, the hospital saved $26,000 in water and energy costs.

Saving water and gas isn’t the only benefit of WSS’s conservation efforts. WSS also helps protect hospitals’ faucet spouts and showers from bacteria growth by installing faucet and shower heads that have an antimicrobial component and providing an ongoing maintenance program. 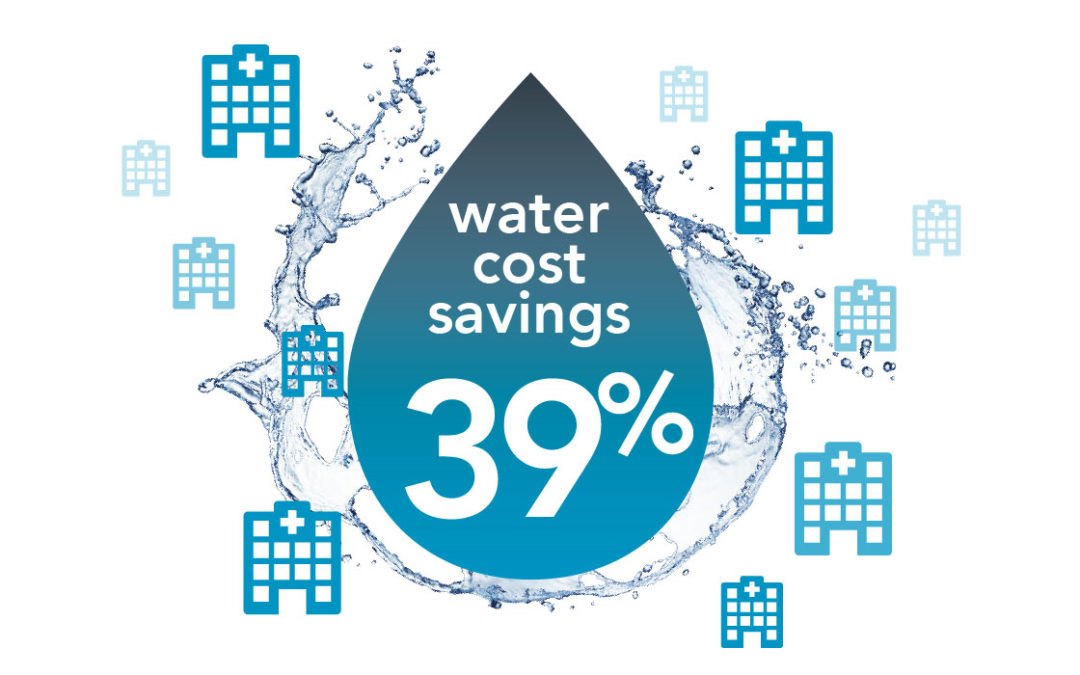 In April 2017, retained WSS to survey water usage at its 11 local hospitals.The surveys are part of a unique partnership between WSS and Southern California Gas. The utility contracts with WSS to audit Level 1 and Level 2 hospitals in its service area and recommend ways hospitals can reduce their use of water and natural gas. WSS provides the audits for free, then works with hospitals to find and maximize available rebates and incentives to reduce the costs of the proposed changes.

Internal measurement verification conducted by WSS found that these changes surpassed the savings goal and cut the hospital’s water costs by an average of 39% on two of its three water meters between 2016 and 2018.

Thanks to the success of the Centinela Hospital Medical Center project, Prime Healthcare has retained WSS to carry out its water conservation recommendations at other California hospitals. WSS began work on Huntington Beach Hospital and Garden Grove Hospital in December 2018.

The partnership with Southern California Gas has been so successful that the utility recently extended WSS’s contract through December 2019. 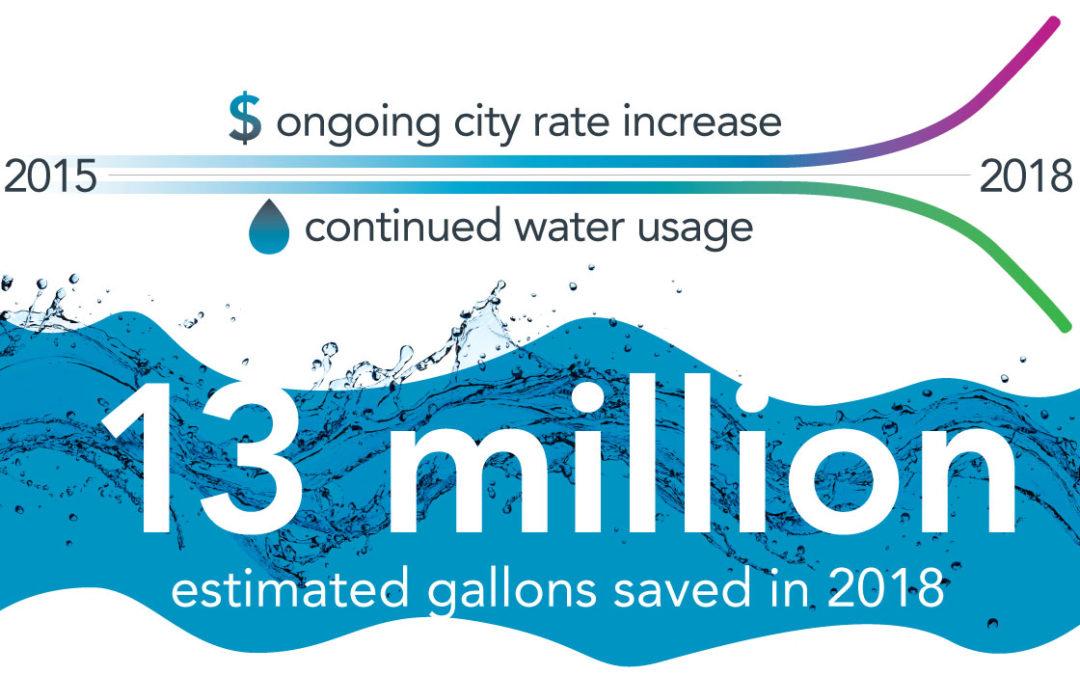 The City of Oceanside has raised its rates by 44% since 2015—but water costs at Tri-City Medical Center in Oceanside, CA, have gone down, thanks to water conservation measures by Water Saver Solutions (WSS).

Since January 2015, the hospital’s water cost per unit has soared from $8.60 to $12.14. But water-saving equipment that WSS recommended and installed has significantly reduced water usage. Best of all, ROI on the project was less than a year.

“Between 2015 and 2017, we saved 8 million gallons of water,” said Chris J. Miechowski, Director of Facilities & Construction at the full-service, 397-bed hospital. This year, the facility is on track to do even better: Miechowski estimates saving 13 million gallons in 2018.

In 2016 WSS retrofitted the facility’s toilets and urinals with water-saving dual-flush handles; this time, utility company rebates and incentives slashed the project’s net cost by 64%.

‘[WSS] did all the work [to obtain the incentives]—I didn’t have to do anything,” said Miechowski. “They provided everything I needed to sell the proposal to the board, and since ROI was less than a year, I didn’t have to ask for any money from the board.”

WSS audits hospitals’ water and energy use and makes recommendations for conservation. The company then works with local utilities to find, negotiate and manage rebates and incentives that drastically reduce the hospitals’ cost of implementing the recommendations. In addition to saving water and gas, WSS helps protect faucet spouts and shower heads from bacteria growth by installing faucet laminars and shower heads with an antimicrobial component and providing an ongoing maintenance program.